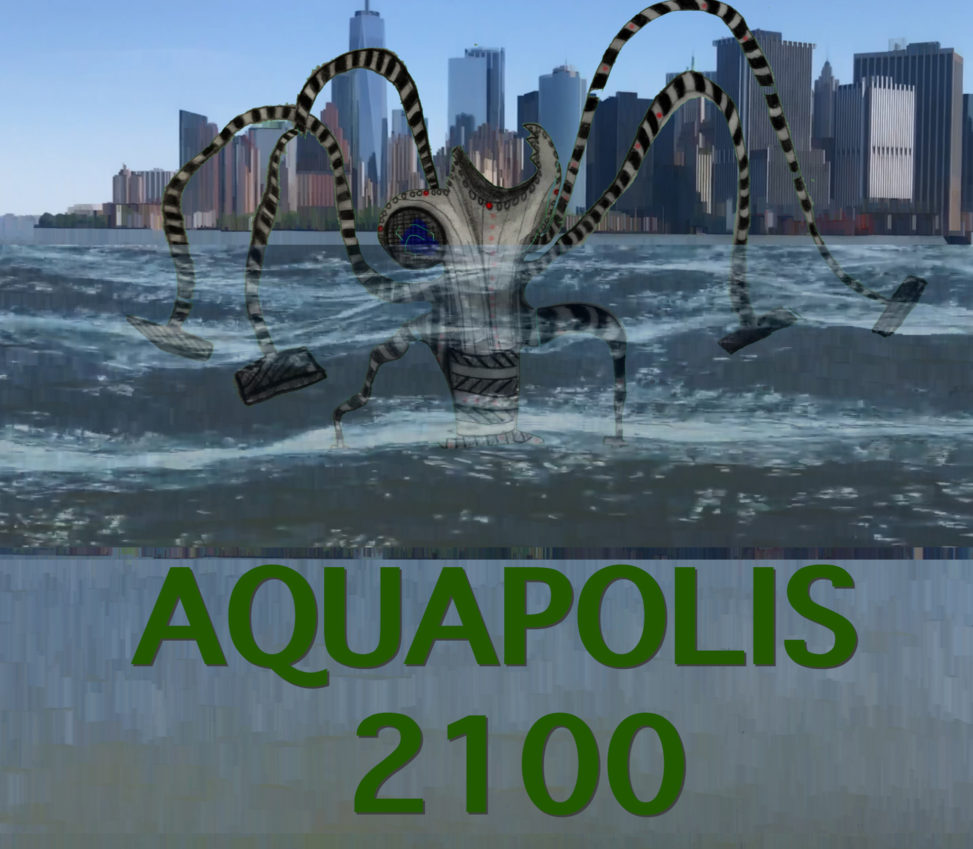 Aquapolis 2100 is a collaborative project exploring New York City’s rising sea levels, which could rise up to as much as 6 feet higher by 2100. This project was conceived as part of the Works on Water/Underwater New York art residency on Governors Island that /rive collective participated in during summer 2018. Each weekend of the  residency, /rive invited Governors Island visitors to draw what they imagine New York might look like in 2100 and sketch up their ideas—both practical and fantastical—about what they could do to deal with this crisis.  The collective then developed a video installation that featured animated versions of these drawings set in the backdrop of an increasingly watery New York.