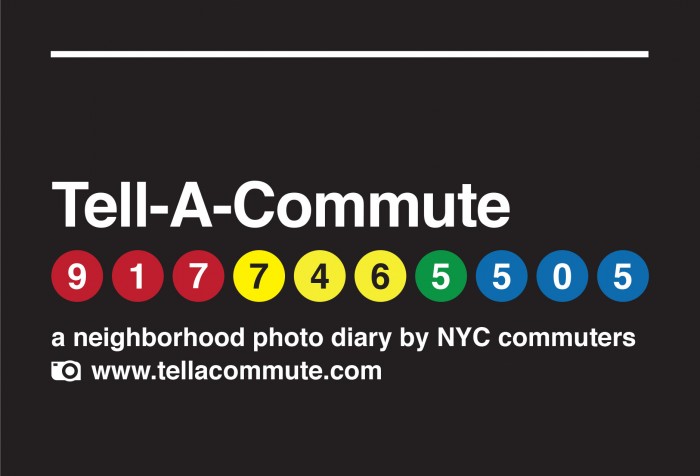 Tell-A-Commute is a crowdsourced neighborhood photo diary documenting the collective observations of New Yorkers on their daily commute. Through a series of interactive text messaging, commuters are invited to share photos of what they see as they travel to and from the subway .

Tell-A-Commute was launched at the New York Transit Museum’s PLATFORM series on April 1st, 2015 and featured at PLATFORM throughout 2015.