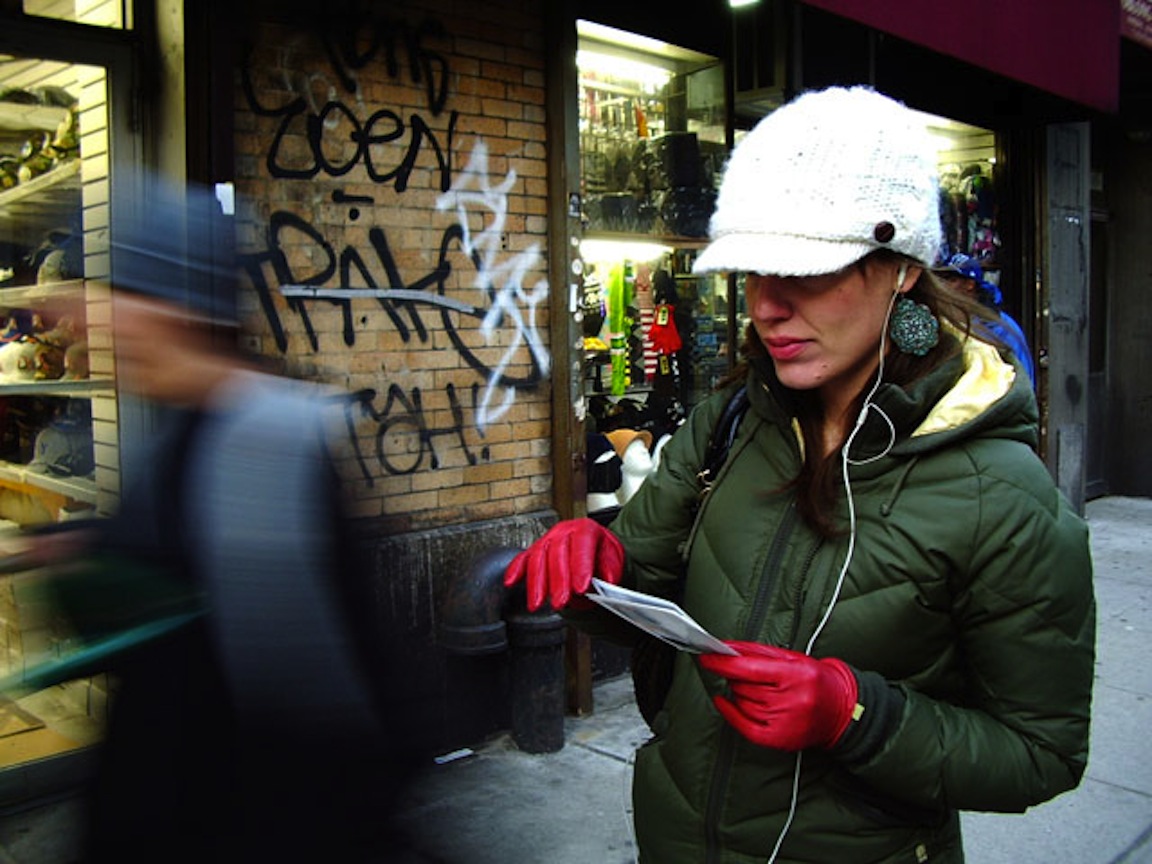 Wear And Tear is a site-specific, mixed-media public art storytelling project based in New York City’s Garment District. Designed by Suyin Looui, Samara Smith, and A.E. Souzis, the installation features a mixture of sound environment, print media, and objects to reveal a larger story about a neighborhood in transition.

Participants receive a series of postcards directing them to various story locations around the neighborhood.  Each narrative focused on a different era, blending fiction and historic research.  At each point, new clues directed participants to the final destination.

Wear and Tear was launched publicly in 2007 in Manhattan’s Garment District neighborhood. It was also featured as a gallery installation at the 2008 IMAterial MFA Group Show, at Hunter College in New York.